Ana Zibelnik: Photography serves me as a research tool, even more than as an expressive one

“Recently, the questions concerning the medium itself have begun to play a bigger role in my work, not so much in the sense of pushing its borders, but in a more ontological sense.” In this interview, meet Ana Zibelnik, nominated for Futures last year by the British Journal of Photography.

⁠Ana Zibelnik (b. 1995, Ljubljana) is a photographer currently based in the Netherlands. She graduated from the Academy of Fine Arts and Design in Ljubljana in 2018 and recently completed her MA degree in film and photographic theory at Leiden University. Through long-term projects she explores the topics of death, immortality as well as the relationship between photography and extinction.

Below, we talked to her about her inspirations and recent projects: 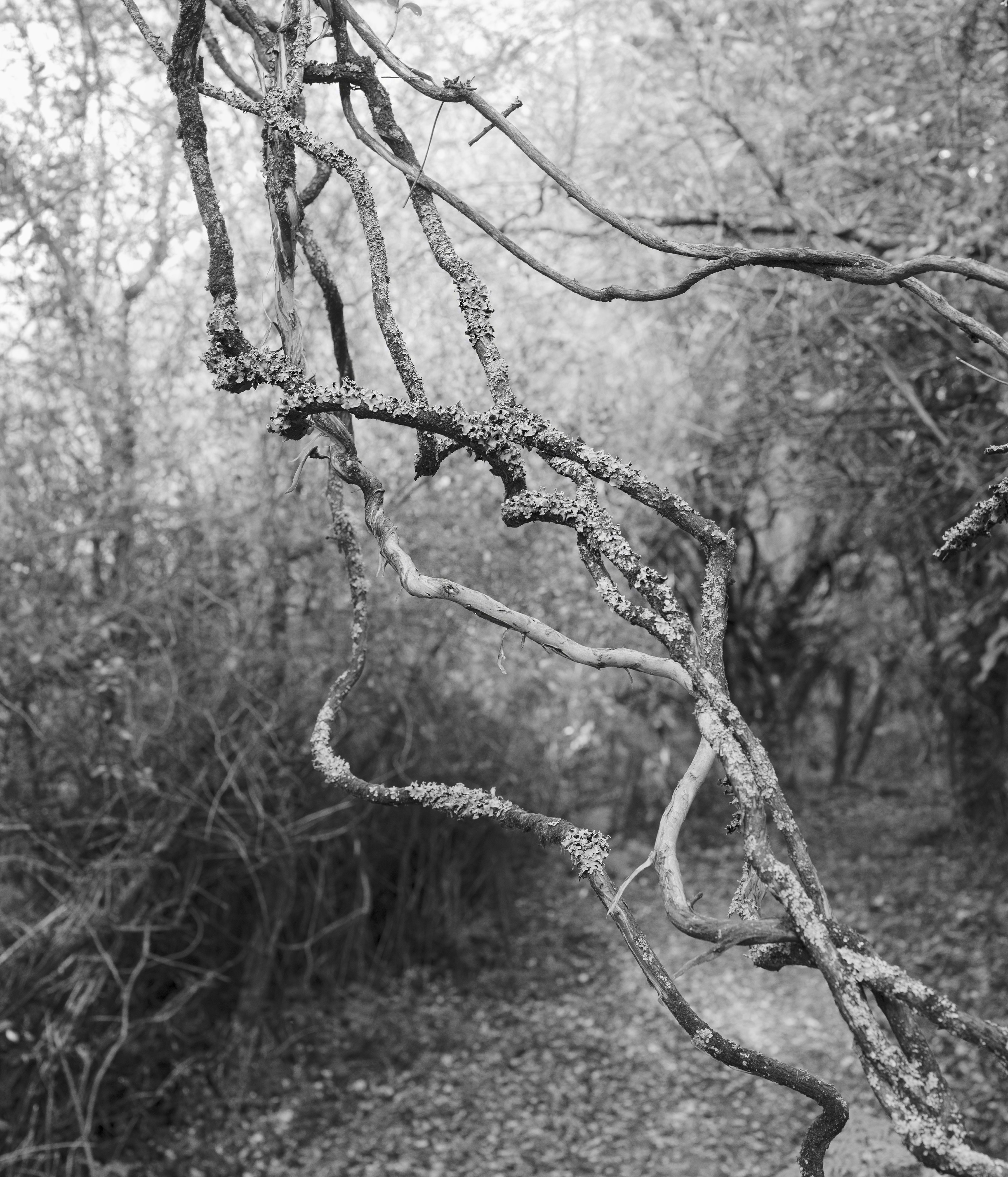 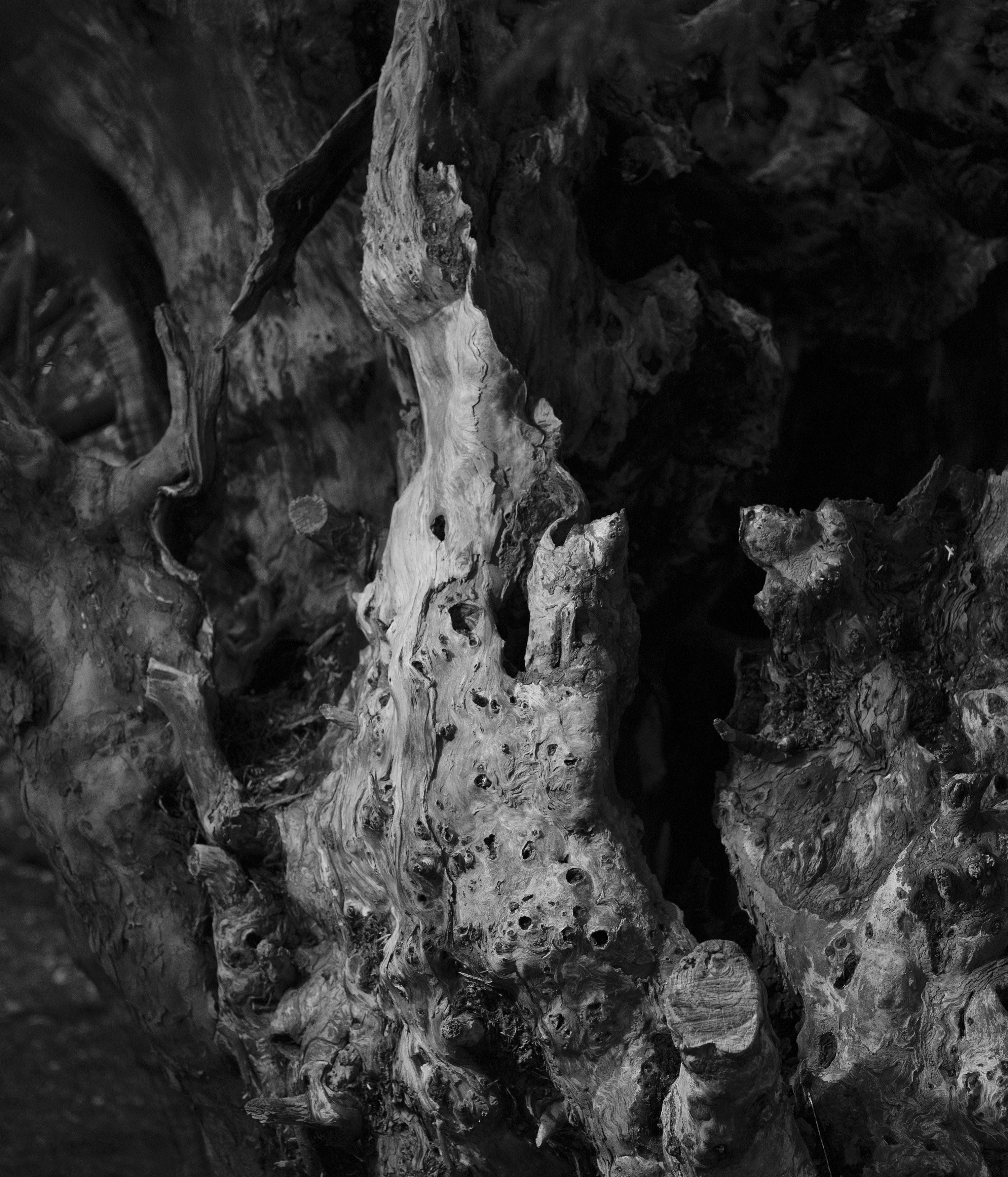 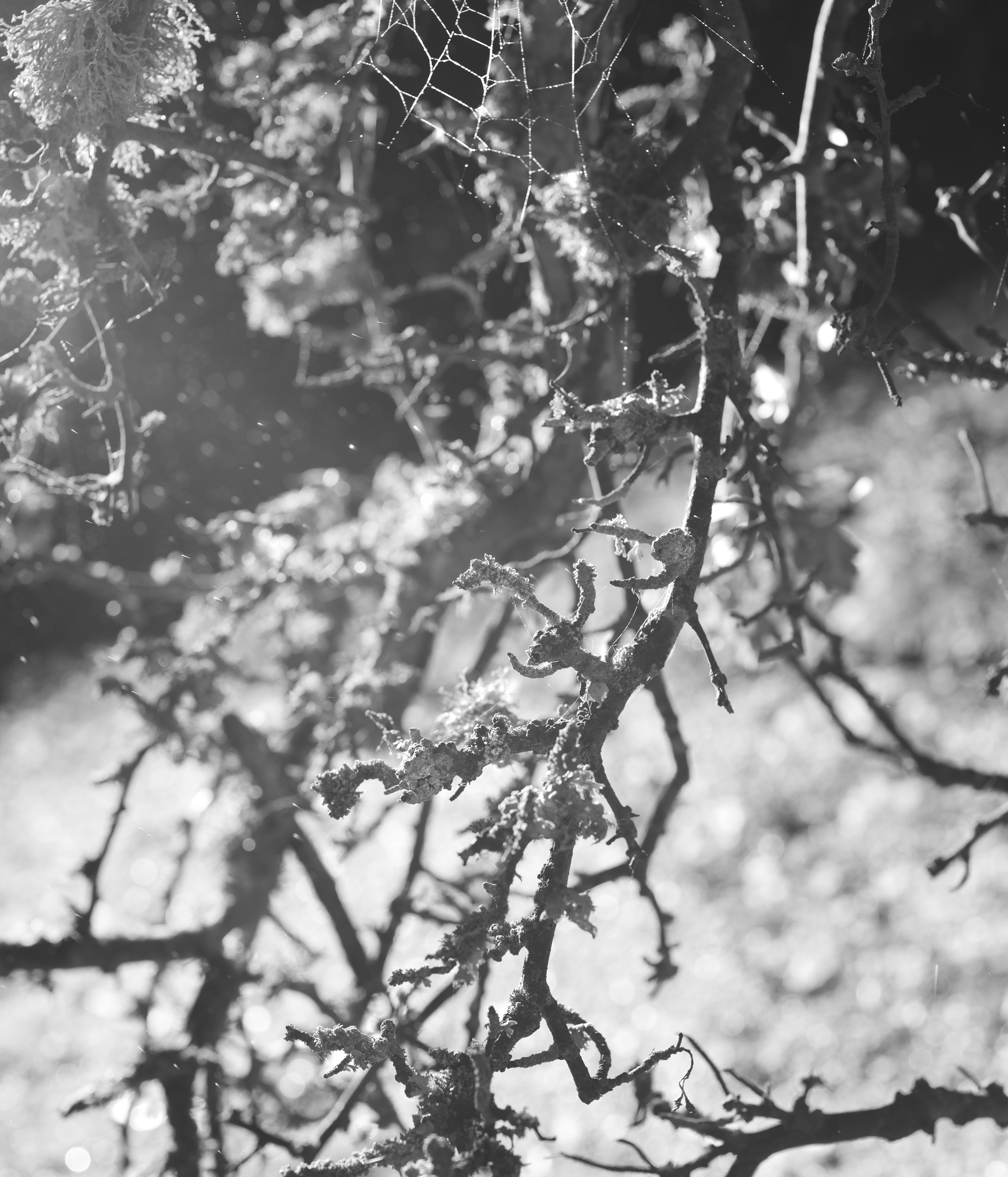 Over the past years, I’ve worked with topics like longevity, time consciousness, death, and more recently extinction and immortality. It’s hard to say what the one overarching theme is, but they certainly intersect each other. One point of interest organically leads to another. The exploration of longevity and the stance towards death and ageing found across the most remote and secluded villages of the world led to research about the fear and denial of mortality in more developed societies. This made me read a lot about time, from a physical as well as phenomenological point of view, and those theories eventually met with ecology and contemporary writing on anthropocene. Yet, none of this is directly visible in my projects, as I tend to approach things rather liberally. Sometimes, the research behind a series can be highly theoretical, but the result only captures the atmosphere of it, and (hopefully) touches the viewer on a different, less conscious plane. Even if I’m not trying to make an image which would convey everything there is to know about a particular subject, I often feel that to just be able to take an image remotely associated to this subject, I need to know nearly everything about it. While working on ‘We are the ones turning,’ I also found that starting with a title, on both image and series level, really helps me — it sets the atmosphere of the whole project and frees me from thinking in metaphors and illustrations too much.

At the moment, I’m working on a project titled ‘Immortality is Commonplace,’ which stems from the challenge that the environmental crisis poses to photography. When dealing with organisms threatened by extinction, there is often this impulse to preserve at least the image of them, to keep it alive through a “techno fix,” as Joanna Zylinska calls it. What interests me primarily are biologically immortal organisms which don’t age in a classical sense and span entirely different temporalities than humans. One such example are lichens, the symbiotical growth of fungus, algae and bacteria or yeast. The older they are, the more stubborn and resilient they become. At the same time, they are not immune to pollution. The majority of species thrive in areas with clean air and are used as bioindicators. I see them as the perfect subject through which to explore the precariousness of our environmental conditions. Besides, photography is a medium for which we often say that it immortalises. Yet, when we look at a photograph of a lichen, or any organism which has been around for a few hundred years and which could, under appropriate conditions, persist for a further few, perhaps more than there is left for photography as a medium, it becomes very interesting. It’s all about the tension between the medium and the referent — who is going to live longer? 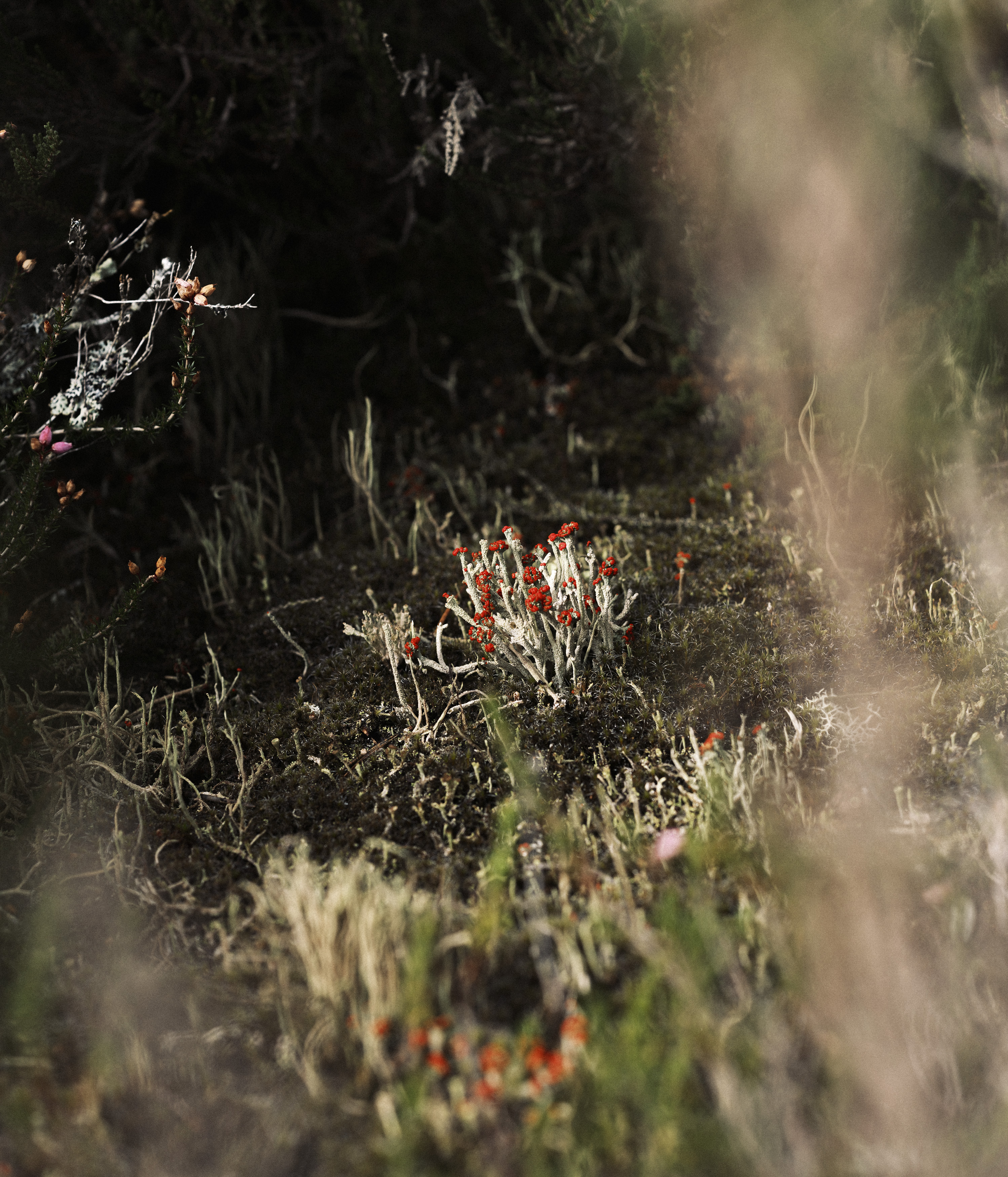 In general, photography serves me as a research tool, even more than as an expressive one. In this context, however, I see research in a different and definitely less systematic sense as it is normally understood. As inevitable as it is to put a little bit of yourself into every photograph you make, and to always depart from a certain personal visual vocabulary, I also like to work with subjects toward which I feel a great distance. It can be very soothing to read about some strange organism or physical phenomenon, and to just try to encounter it through photography, to create images of it in an entirely inaccurate and non-scientific way. Recently, the questions concerning the medium itself have begun to play a bigger role in my work, not so much in the sense of pushing its borders, but in a more ontological sense. Constant technological progress endangers nature as well as technology itself (planned media obsolescence is just one such example). At the same time, we tend to believe in the durability and reliability of digital media. Alone the impulse to photograph something which nature itself can preserve in a similar and undoubtedly more durable way is very interesting to me. Perhaps it is all about the wish to understand time which extends beyond out human temporality; to make it more comprehensible. This is where the current project stems from.

This year has affected me on many levels but has not changed my practice significantly. I didn’t shoot often before the pandemic, so I’m quite used to longer periods of just reading and thinking about a topic. In general, I think that such a global crisis perhaps pushes us to be more reflective about what we put out as artists. Some projects become more relevant, while others suddenly seem unnecessary. 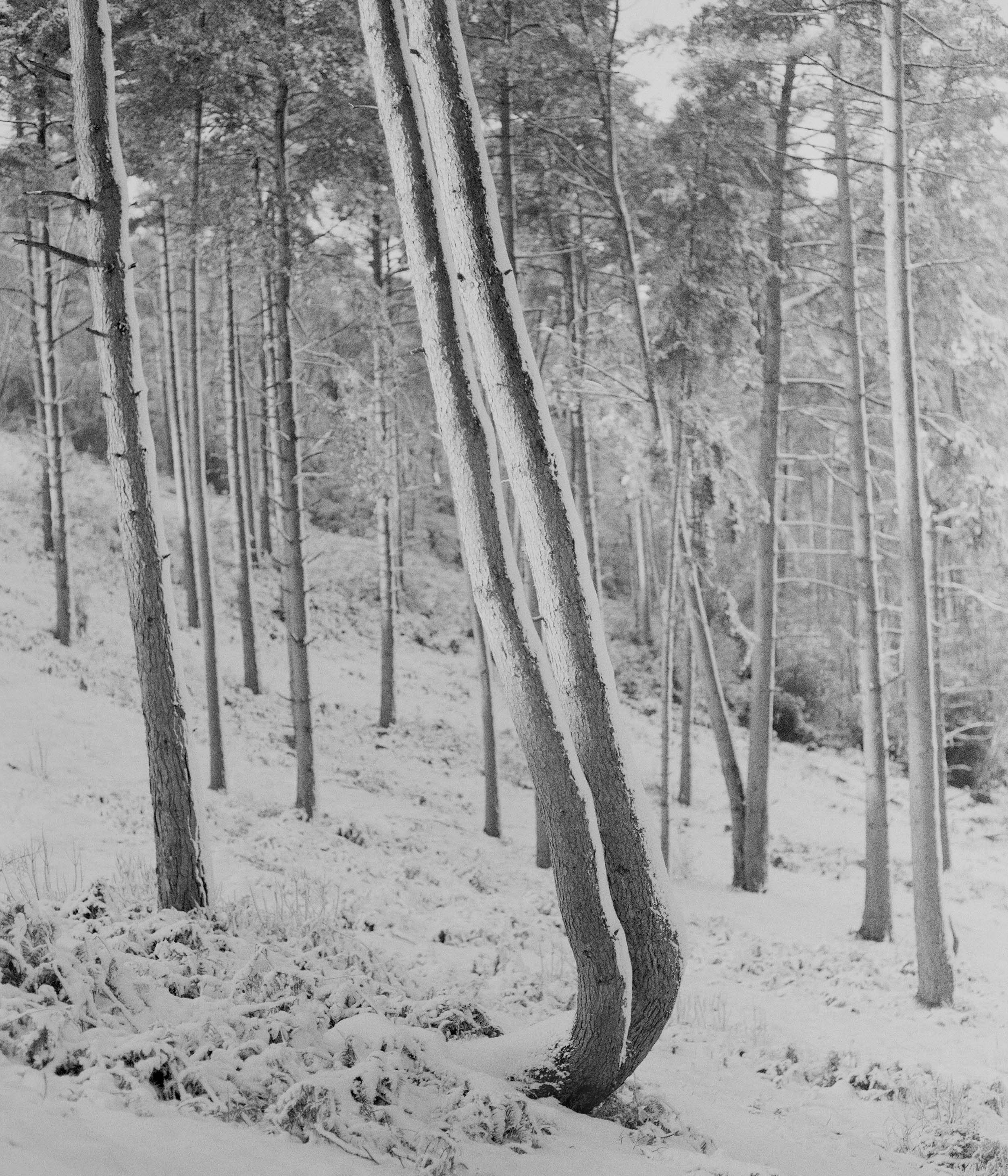 At the moment, I’m still fully occupied with ‘Immortality is Commonplace,’ and I plan to keep working on it for at least a year. I often lose patience on the way or my interest simply shifts to something else, so I’m trying to stay focused. I’m also managing two projects by other artists, which definitely takes some creative power, but can also be helpful when you get stuck with your own stuff. Sometimes, I find myself more productive when I have a lot going on on all fronts. So far, the topics I’ve worked with for my personal projects have been separated enough from those of other artists and have thus not interfered too much with my own process.

The best thing about platforms such as Futures is usually the less professional parts of it; the exchange between the artists, even more than all the great opportunities. I’ve already been lucky and met some online while working on the RESET exhibition, but I’m hoping that we can all come together one day and have a chat in person.

News
New East Photo Prize extends deadline for submissions
The Calvert Journal's biannual prize is open to photographers from Eastern Europe, the Balkans, Russia and Central Asia. Applications can be submitted until 20 September
Interview
Introducing: Dorje de Burgh
Meet Dorje De Burgh, nominated for Futures in 2019 by PhotoIreland Festival.⁠ Dorje is Dublin-born and based photographic artist practicing since 2012. In this interview, he talks about his career and inspirations.
News
Futures @ Fotomuseum Antwerpen FOMU
Fotomuseum Antwerpen - FOMU highlights ten of the very best up-and-coming image makers from Belgium with their talent program TIFF. To make their talents even more noticeable, FOMU and their talents joined Futures.
Thank you for subscribing!
Oops! Something went wrong while submitting the form.