Vassilis Pantelidis’ images provide a glimpse of an alternative reality, which consists of a series of conceptual self - portraits. The individual scenes adopt a theatrical approach where the abstraction, the paradox and the absurd as well as the repetitive weave and the claustrophobic thread around the human subject, without any sort of redemption or solution.

In this interview, he talks about his inspirations and career: 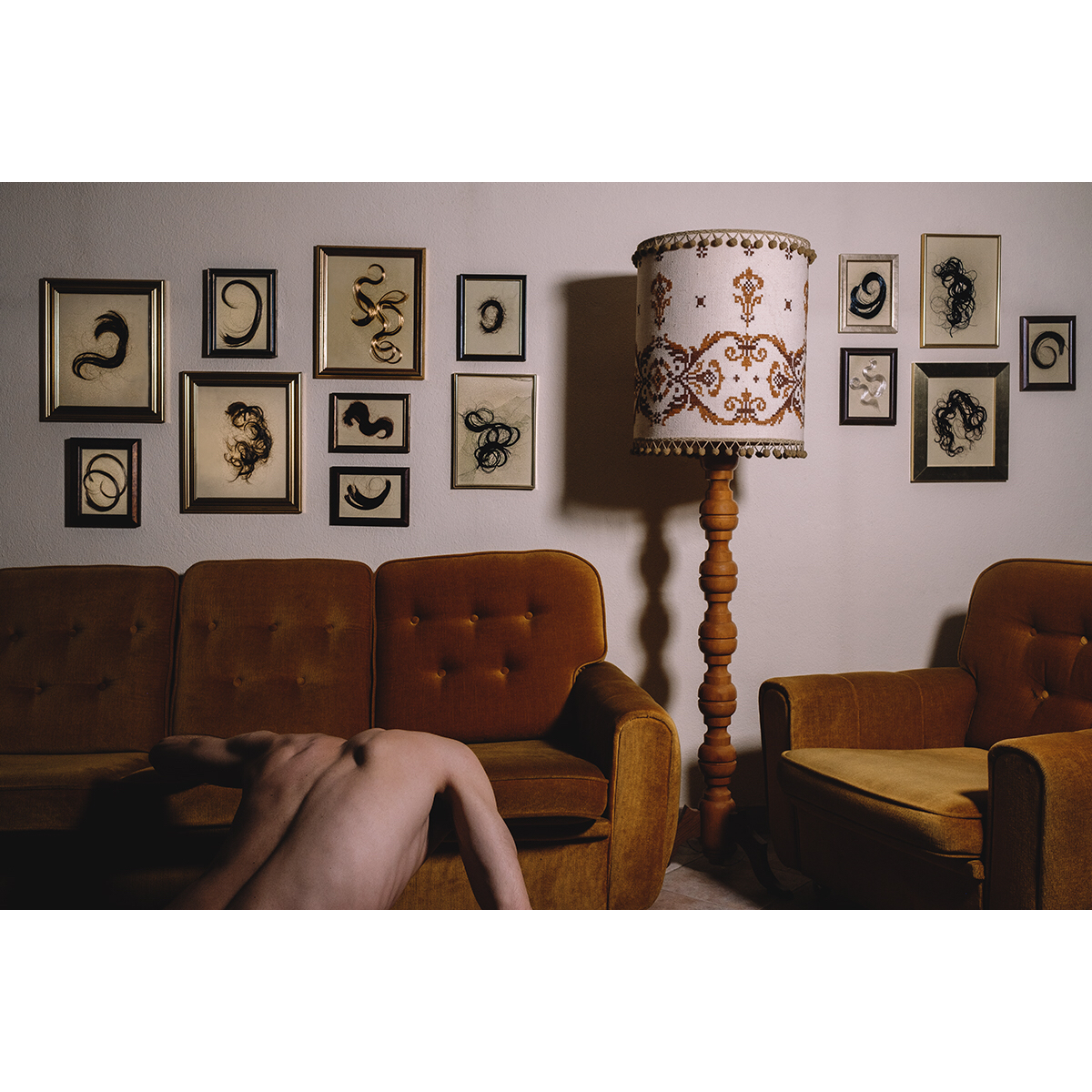 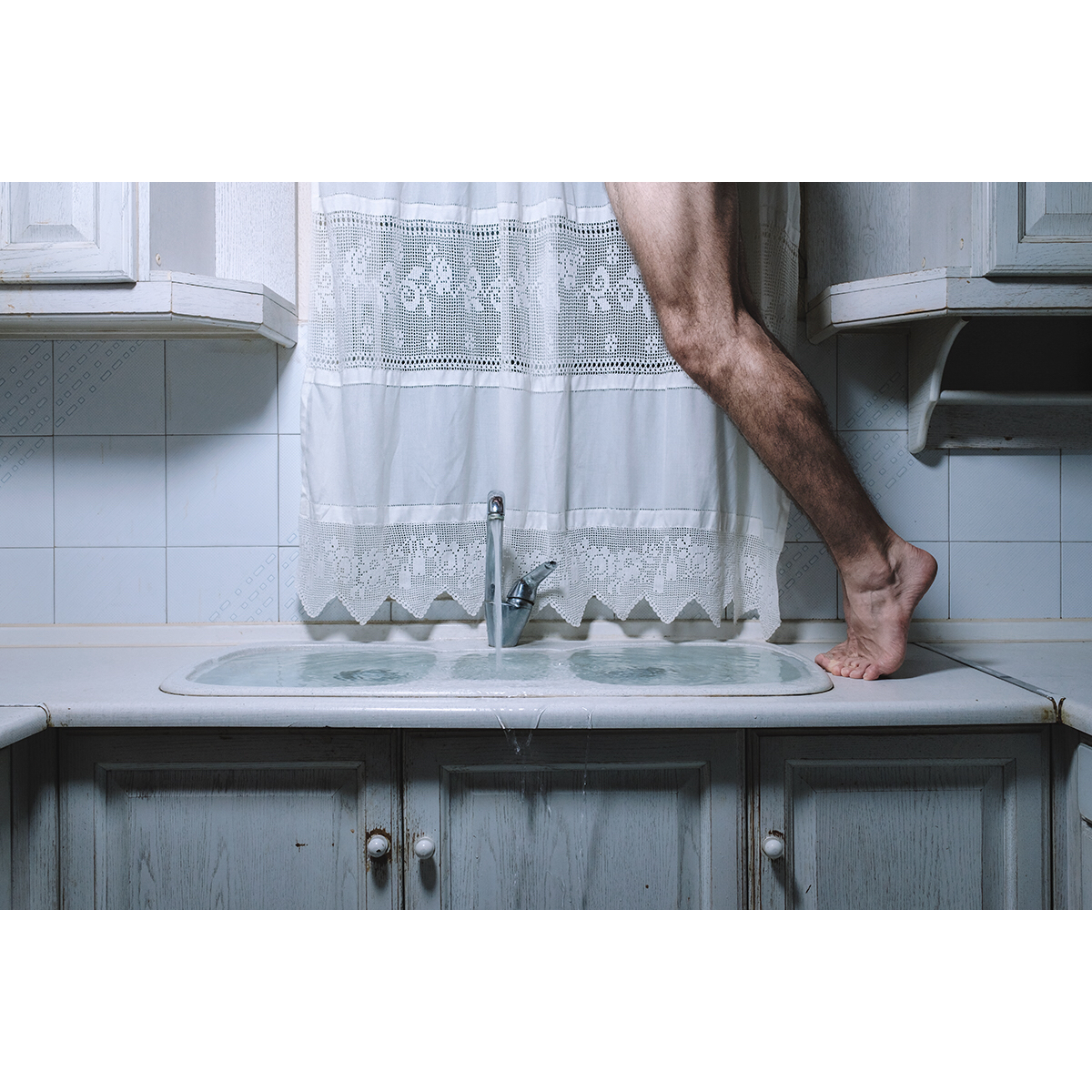 What are the main themes that drive your practice? What inspires you?

Describing my photographic practice with a phrase, I would say that I like to tell stories. Because I usually do not choose and document an issue that interests me as for example documentary photographers do, I do not have a known starting point. A (day)dream, a memory, a reading or pieces of everyday life could be my source of inspiration. My images often make references to fables, fairy tales, apocryphal events and modern myths that are already part of our collective consciousness. They offer a much more oblique and open-ended description of something known because of the way it is set up in the photograph, but whose meaning is reliant on viewers investing the image with their own trains of narrative and psychological thought. I choreograph scenes for the viewer so he or she can recognize that a story is being told.

How would you describe your relationship to the medium and how you use photography to express yourself?

Before, during and after the photographic act I feel like I am on a theatre stage or film set. Constructed scenes reinterpret reality, introducing the unfamiliar, paradox and absurd into the intimate and ordinary. Constructed narrative shapes that blur the boundaries amongst reality, imagination and memory. I am interested to isolate a particular subject, object, state or interaction from its context, thus transforming reality into fiction - nothing is as it is presented at first sight. Through these visual adaptations, I try to communicate a story with an open frame of interpretation without stipulating the narration, attracting the viewer's imagination to create alternative narratives and to enter this peculiar world, discovering something from within herself / himself rather than from me. I express myself with creative contradictions, intense color and a seemingly playful sensitivity, under whose surface a symbolic environment lays a state of anxiety, meteorism and uncertainty where the tragic and the comic interact.

What did you take away from the Futures meeting during Unseen Amsterdam?

During Unseen Amsterdam, as a Futures talents artist, I had an opportunity to meet interesting and inspiring people from around the world, debating about culture and art and their impact on society. It’s great that now, I consider some of them as real friends. Coaching sessions and talks during festival were helpful and inspiring as well and offered me a whole new perspective about my position as a creator. 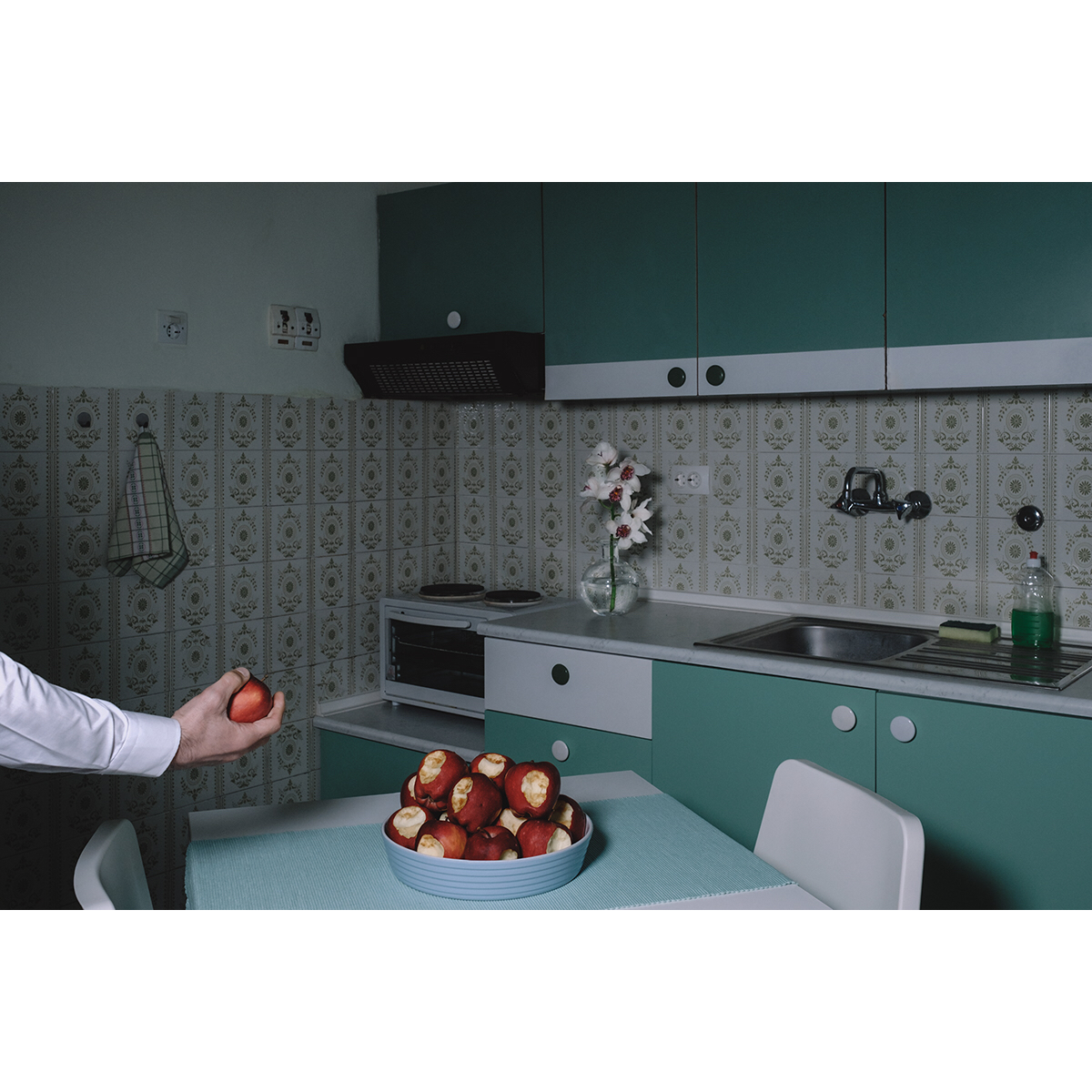 You are one of the selected talents for Futures, how do you think Futures can help you in your career?

Being one of the selected Futures talents will give me the chance to reach a wider audience. I also find very important the fact that through Futures I have the chance to stay connected with professionals such as curators, publishers and photography experts and that will improve and evolve my work.

Could you tell us a bit about your plans for the near future?

Currently I’m still working on my series “monologues”, a project that is expected to be completed in the next few months. After its completion, I’m considering a book publication of this body of work. At the same time, I’m doing a research for my new work which includes study, brainstorming and a lot of experimentation.