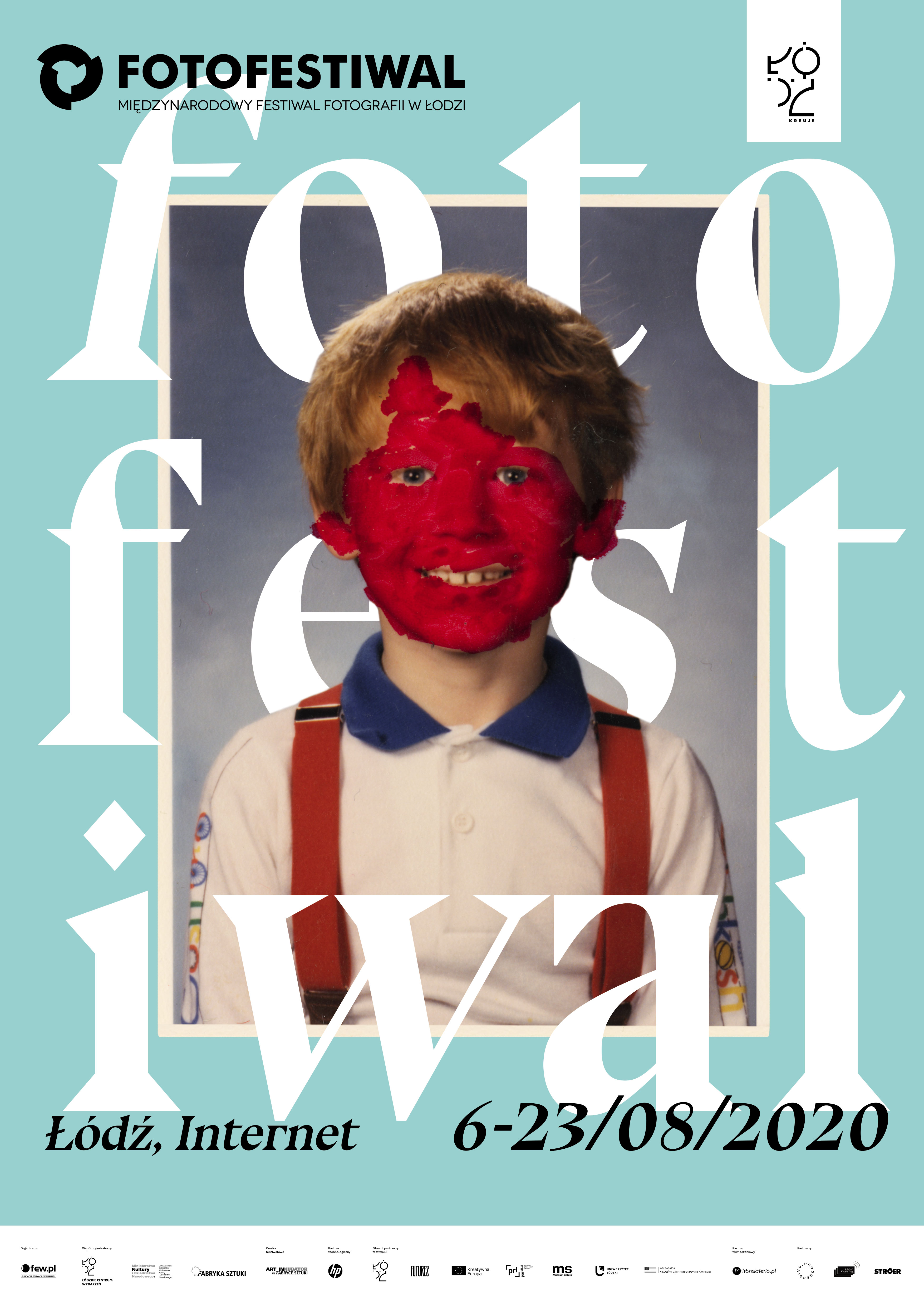 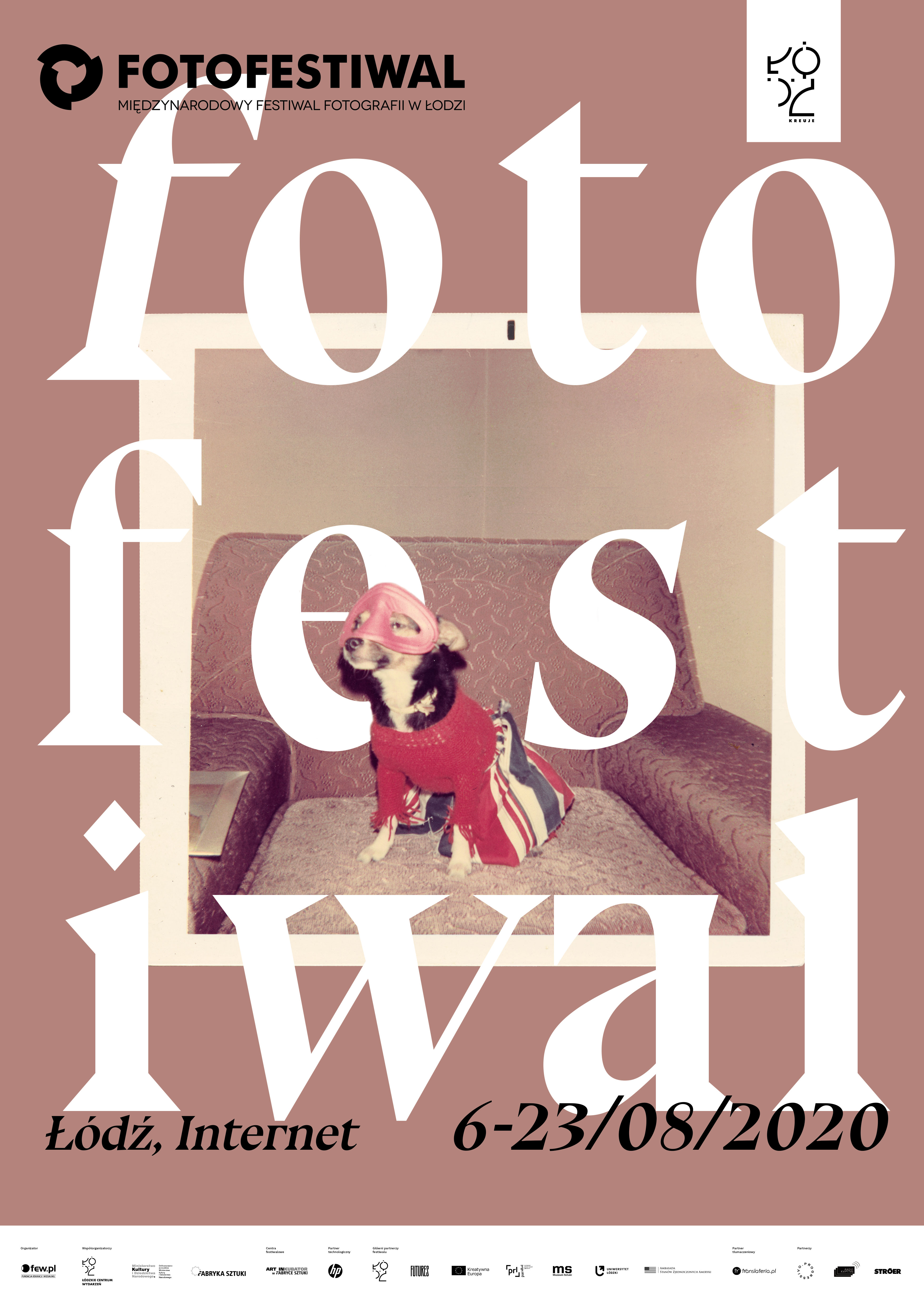 What is hidden behind the need to collect, own and catalogue photographs? Can collecting become an obsession? What is the value of the photographs we want to keep with us? If you wish to experience culture outside the internet, Fotofestiwal invites you to Lodz between 6 and 23 August. The festival programme will focus on truly exceptional, original, bold photographic collections. This year, the exhibitions will also be available online.

Thanks to the determination and support of partners, artists and curators, this year’s edition of the International Festival of Photography in Lodz will be held in the post-industrial spaces of Art_Inkubator – two months after the originally planned date – between 6 and 23 August. Due to safety reasons, the programme of the event will focus mainly on exhibitions.  While meetings with the audience will be limited and organised online, there will still be some special events available to visitors. Two exhibitions – one in the Muzeum Sztuki ms1 in Łódź and the other one in the so called Motyl UŁ building (with an unmistakeable butterfly-mural) – will be opened in autumn. The main theme of this year’s exhibitions is collecting as a form of art, habit, passion, and sometimes obsession.

During this year’s edition of Fotofestiwal, we will get to know extraordinary collectors. All of them have been building their unique collections for years, making them very original compilations of photographs, selected based on unconventional criteria and often originating from surprising sources. Thanks to their determination, passion and obsession, they have managed to create inspiring stories about the contemporary society and breakthrough moments in the history of the 20th and 21st centuries. Apart from amateur photography, the collections also include works that have been displayed in prestigious museums around the world and at a number of international festivals. The common denominator of all this year’s exhibitions is that, with one exception, the collectors themselves will become their main narrators and curators.

oo’s & iii’s is a selection of works from two collections of New York curator W.M. Hunt: Dancing Bear, consisting of magical, intriguing photographs of people with their eyes closed, obscured or otherwise invisible, and Blind Pirate, which is a collection of photographs of various groups from before 1950, including American soldiers, workers and students. The emphasis for this show is on abstraction and shape with oo’s being eyes, faces, heads and circles and iii’s representing densely grouped crowds of people, looking like masses of vertical lines. Hunt’s collections, photographs found in a nearby thrift shop appear right next to works by such artists as Diane Arbus or Robert Frank.

Jean-Marie Donat focuses on amateur photos only. He rummages for them at flea markets all over the world, finds them on the Internet and creates compilations which he then releases as self-published photo books. Often, certain recurring motifs can be found in these images: men flexing their muscles, posing with cars, scratched out faces of disliked people, holiday family portraits with a traditional “white bear”. All this makes up a funny and bitter self-portrait of the world in the 20th century.

The last, but not least, element of the international part of the Festival’s main programme will be the Hungarian Fortepan collection, created by Miklós Tamási. This thoughtfully curated collection of photographs by István Virágvölgyi from Robert Capa Center in Budapest is currently one of the most interesting digital archives of vernacular photography that has been made available on the Internet – and it all started with a bag of photographs found in a trashcan. The collection now consists of hundreds of thousands of photographs – retrieved from cellars, garbage bins, antique shops, but also donated by individuals and institutions –

and it has been proving since its very conception that there is a talented artist in every family from the beginning.

The closing exhibition of the Festival programme will be presented in the Museum of Art in Lodz, this time a bit unusually – in the autumn. It is the outstanding collection created for more than 30 years by the well-known French art promoter and merchant Antoine de Galbert, founder of the private La Maison Rouge museum in Paris. His collections contain over three thousand exhibits. Antoine de Galbert is known for his unconventional approach to exhibiting his works. One of his previous exhibitions, The Wall, was made in collaboration with an IT specialist, using the Monte-Carlo method. A randomly generated algorithm selected works solely on the basis of two indicators: image size and inventory number. For Fotofestiwal, Antoine de Galbert prepared a curatorial exhibition titled The Burning House, which shows the contemporary world in crisis. The exhibition will include works by politically and socially engaged artists, including Christian Boltanski, Boris Mikhailov, Jonathan Horowitz, David Goldblatt, Mikhael Subotzky, Yoho Tsuda.

The festival programme will include, as always, the Open Program section (formerly Grand Prix Fotofestiwal) – a result of annual open call and cooperation with an international jury. The projects of the six selected artists present the most interesting and the latest phenomena in contemporary photography. They address such issues as: selfie factories in the USA, Polish migration to the South American countries during the partitions the interwar period, military-themed summer camps for kids in Eastern Europe or the problem of radioactive waste – they present a cross-section of the most interesting and current trends in contemporary photography. This year, works of the following artists will be presented: Jorge Fuembuena, Kata Geibl, Máté Bartha, Marcel Rickli, Katarzyna and Marianna Wąsowska and Sheila Weiler.

In response to the current global economic situation, the organisers decided to reduce the ticket price to a symbolic amount. For safety reasons, parts of the programme involving the audience will be significantly limited and organized online. The programme of this year’s edition encourages you to devote more time to experience the exhibitions and exceptional spaces of unique Lodz.

More info about the Fotofestiwal – International Festival of Photography in Lodz: www.fotofestiwal.com