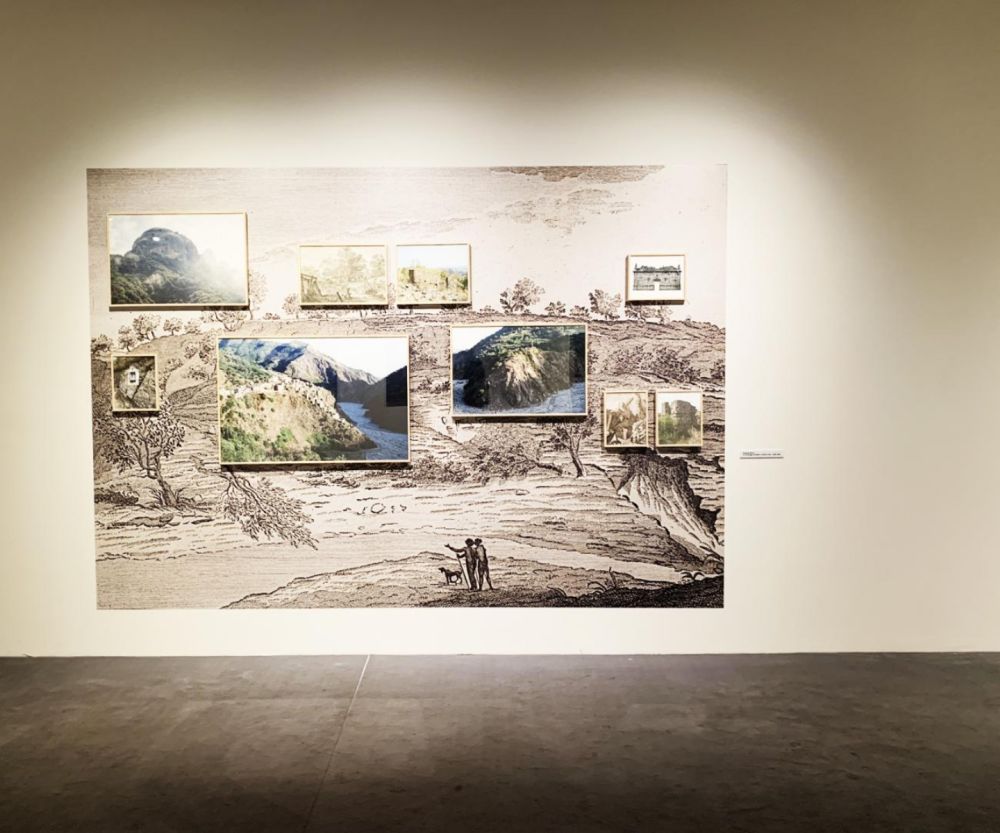 Until November 4th you still can have the chance to visit the exhibition "Coa, Giannico, Mortarotti, Perna, Pingitore, Positano" promoted and hosted by Futures Photography partner CAMERA - Italian Center for Photography in Turin.

The exhibition is the first exposition staged by CAMERA in the field of the European Photography Platform – FUTURES. On the other, the works presented by six emerging artists constitute the initial output of unseen research carried out for this occasion, and which will evolve further over the months to come. The exhibition thus is not conceived in thematic or linguistic sections oriented towards supporting a thesis, although it is designed to provide an overview of the contents and languages that describe contemporary production in the Italian field and, thanks to the future shows and projects, will contribute to making up a major mapping of the state of the art in the field of emerging photography.

Umberto Coa presents Ne bastavano quarantacinque (2018), a project developed in collaboration with the Ethno-anthropological Museum of Sutera in which – starting from a particular request for prisoners to work in agriculture put forward by the mayor of the time to the Ministry of War Affairs (1916), from archive images and objects – he generates a story which goes beyond the limits of the linear narrative. An installation made up of elements of a visual and objectual nature reconstructs a particular story set within the small Sicilian town at the start of the century, offering a particular interpretation, midway between reality and fiction.

In Stanza Con Sedia Da Arbitro E Ruota Di Marmo (2018), Teresa Giannico makes an instrumental use of the codes of documentary photography to construct new realities. Starting from a drawing of hers, she represents a domestic interior in which objects display an unnatural relationship between one another. She then goes on to produce paper dioramas to reconstruct these imaginary environments, covering the three-dimensional surfaces of the objects themselves also through a major use of images taken from the web. The models are produced in a fairly undescriptive manner, and once photographed are destroyed.

With the three images Untitled (2018) Vittorio Mortarotti explores the issue of inhabited memory and the ways of creating memory, i.e. the ‘known’ in the social and cultural sense of the everyday in a given community. In order to do this, he shows us examples of people during rites of possession that really take place on one of the islands of the archipelago of the Democratic Republic of São Tomé, showing them in a state of trance. Inhabiting a space generates codes and habits that become the culture of a community, while memory is inhabited by the repetition and the reinterpretation of facts in the continual construction of sense.

The intrinsic fragility of places is the theme focused on by Armando Perna in the series Un paesaggio instabile. Calabria 1783/2018. The first set of a wider-ranging research project, the story starts out from Istoria de fenomeni del Tremoto avvenuto nelle Calabrie (1783), moving through the research of the geographers and historians of Calabria, Zanotti Bianco and Isnardi in the first half of the 20th century right up to a modern-day mapping. The photographs dialogue in an unprecedented manner with boards illustrated by Vivenzio and archive imagery, with a view to documenting how instability and precariousness – be they generated by natural or manmade phenomena – play a decisive role in outlining the characteristic traits of the population and the territory.

In the two shots of the series Parmenide (2018), Lorenzo Pingitore reflects on being, photographing a large sphere, 4.5 metres in diameter placed in ever different settings and architectures, chosen for their capacity to exalt a change between past, present and future, be it imposed by nature or by man. The tame nature of Villa Pisani, and the wild surroundings of Lago Verde enter into dialogue with the sphere, highlighting the process of the change of the perception of both. The places and the sphere, despite being immobile, create a unique whole that will persist over time thanks to the capacity of photography to halt the time in an image.‍

Lungo Mare Canepa (2018) is the artist’s book produced by Anna Positano, a wander through imagery along the western outskirts of Genoa. Despite the evocative name, the place is presented as a major traffic artery from which the sea cannot even be seen. Walking first along the north side of the road and photographing towards the sea, and then walking back along the road on the Foranea Dam looking inland, Positano takes a shot every seventy steps in order to portray a complete section of the road.